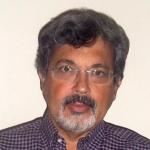 HCMR Director and President of the Board of Directors

Director of Research at the Institute of Marine Biology, Biotechnology and Aquaculture (IMBBC) of HCMR. Former Director of IMBBC (2013 - 2018) and vice president of the Board of Directors of HCMR (2015-2018), former Director of the Institute of Marine Biology and Genetics (2005 -2012), for the founding of which I have played a pivotal role. Member of the Regional Council for Research and Innovation of Crete (RCRI-C) (since Jan 2017). Participation in more than 60 RTD projects, in half of which was Scientific Responsible of Coordinator. Scientific Responsible of the European (FP7, Capacities, REGPOT) emerging excellence project “Supporting research potential for marine biodiversity and genomics in the Eastern Mediterranean” (MARBIGEN), funded 3 M€. Coordinator of the “Centre for the Study and Sustainable Exploitation of Marine Biological Resources” (CMBR), which is the Greek node of EMBRC-ERIC and part of the Greek national roadmap for Research Infrastructures, funded 4 M€. H index = 32 (Scopus) - 38 (Google Scholar). More than 90 publications in international peer-reviewed journals, more than 2700 (Scopus) - 4300 (Google Scholar) citations.